It's been a long journey for Netflix users. At first, it was a rough ride as Netflix struggled to find its place in the homes and hearts of movie watchers everywhere. Once monthly subscriptions bumped off the pay-per-rental charges, Netflix soared to great heights, known for their flat-fee unlimited rentals without due dates, late fees, or shipping and handling fees. And it was smooth sailing when streaming services were incorporated into monthly plans, with customers being able to rent DVDs and stream movies online. Eventually, if all you wanted to do was stream movies, that was okay... there was a place for you when they incorporated a streaming-only plan for $7.99 a month.

But the introduction to a streaming-only plan is where everything started to fall apart.

At the start of 2011, prices increased for anyone with a DVD plan, ranging from as little as $1 to as much as $8 more, depending on the amount of DVDs you choose. Then came the warning that prices would yet again increase, due to the separation between streaming and DVD subscriptions plans. Streaming would still cost $7.99, but anyone who still wanted to watch movies online and receive DVDs at home would have to pay the $7.99 streaming fee, as well as another for their DVD plan. The new prices are set to rise this month, with an increase anywhere from $2 to $6 for plans with 4 DVDs or less out at a time.

This price increase did not sit well with devoted subscribers of Netflix, causing cofounder and CEO Reed Hastings to send a personal message yesterday to its customers via email and the company blog, explaining the reasoning behind the price increase. But that's not all that was mentioned.

Instead of simply combining the costs of the separated DVD and streaming plans, they've decided to kill the relationship between the two altogether. Netflix's DVD is now branding off into a new company called Qwikster, which will be located on an entirely different website domain. Anyone who enjoys streaming will be able to stay at netflix.com, and anyone who wants DVDs will be required to move to qwikster.com.

What does this mean? Totally separate entities. You will now have to have two queues instead of one and two amounts billed separately. Movie watching just became more difficult, especially since only a small amount of films out there are available on Netflix's streaming service. If they could offer the same amount of movies for streaming that they could for DVDs, then this wouldn't be a bad move for Netflix, but that's not how it works. Instead, it's a huge inconvenience for its current customers, one that's sure to upset more users than a mere price hike.

And by the way that it's stock (NFLX) has been moving over the last three months, it's just not customers that are upset, it's investors, too.

With that being said, you could either choose to stick around and wait for Netflix to finally get grounded again, or test out some other viable movie watching options. Unfortunately, it's slim pickings when it comes to choosing an alternative to either of Netflix's services, but here's a few that you could explore when it comes to DVD rentals.

If you decide to stick with Netflix's streaming-only option and ditch their DVD-only service, then Redbox could be a great replacement for the DVD half. Redbox has nearly 28,000 DVD rental kiosks located nationwide, and chances are you already visit the convenience and grocery stores they're placed in front of. 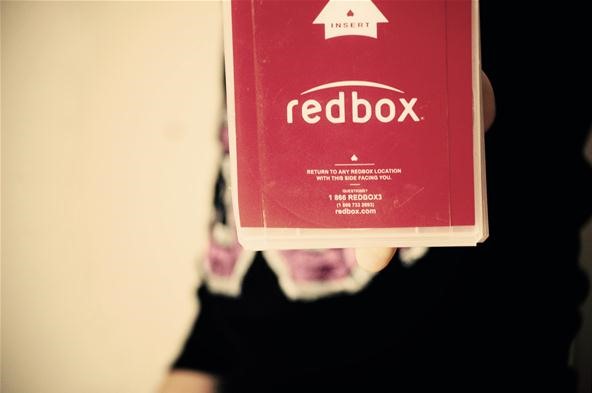 To rent a title, you walk up to a kiosk, make your selection, and pay for it. It's that simple. If your Netflix plan had three movies or less out at a time, switching is worth it, but it's mostly only new movies available. An aside from just walking up to the kiosk and picking a movie, you can reserve one at a specified Rebox location using their website or mobile apps.

Blockbuster is on the brink of extinction, but they're not out of the DVD rental business yet. With the continuing closures of its physical locations, the "five free disc exchanges" Blockbuster offered with their online rental plans is less appealing that it was before. But if you still happen to live by an open shop, then this is a great deal for you. Mail rentals start at $9.99 for one disc out at a time, and $14.99 for two, but with the in-store trade in option, it's worth it. The selection is way bigger than Redbox, so if you watch a lot of DVDs, this is your plan. But if you don't live next to any Blockbuster stores, it's probably best to stick with Netflix's new Qwikster. 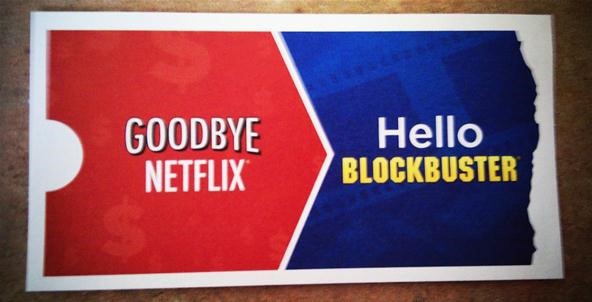 Note: Blockbuster does get new rentals in up to 28 days sooner than Netflix or Redbox, so if you just can't wait to see the newest Hollywood blockbuster, this might be reason enough to join.

GreenCine is very similar to Netflix in that it doesn't charge late fees for movies delivered and returned via mail. But if you're looking to watch Hollywood's newest adventure flick, you're not going to find it here. Well, you might... GreenCine caters to a different group of film lovers, with large collection of indie, foreign, anime, documentary films, and rare hard-to-find titles. But that doesn't mean you won't find any mainstream movies here. They have all of the Indian Jones and Star Wars movies, and even one of the Harry Potter films.

If you're interested in the esoteric side of film, this could be a good option for you, though the pricing is more than Netflix (but better than Blockbuster... by mere cents).

Yes... they sill exist, and aside from housing thousands of books, they probably have hundreds of DVDs available for checking out, too. They won't have any new releases and selection is small in comparison to any of the above options, but nothing beats the price of free. My local library has a ton of movies that I've been wanting to watch. 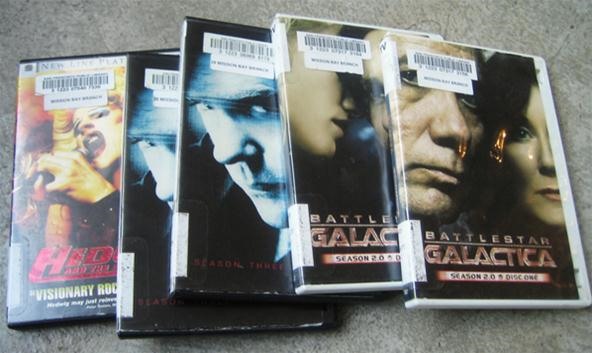 There's only one problem—since they are free, no one cares about caring for the discs. When you get a disc from Netflix or Blockbuster, you're usually pretty careful not to scratch it because you don't want to end up paying for the movie, but when it comes to libraries, that caution is thrown out the window. Discs are usually in horrible condition. It could be because of the condition it was in when it was originally donated to the library, or because of the handling after, but on multiple occasions I've had to return movies without watching them because they were unplayable.

But for free... it's worth the frustration.

If you want to replace or add onto your streaming services, there are other providers, such as Amazon Prime Instant Video, Hulu Plus, CinemaNow, iTunes, Vudu, Zune, and YouTube Movie Rentals. And of the above, Blockbuster and GreenCine do offer on-demand movies for streaming, plus Redbox is set to unveil its streaming options soon.

Yeah, I woke up to the news this morning and I was like, what? They didn't address any of the actual issues involved. We're canceling the DVD queue, and we may look for other options for streaming, too.

Same here. I downgraded my DVD options during the price hike, but now I'll just get rid of it. It might be worth it compared to other options, but it's just not worth the hassle.

The name "quickster" is terrible. Sounds old-fashioned and brings to mind a number of failed companies (friendster, napster, etc). If DVDs are a dying business, fine.... but creating a new brand to kill instead of simply winding it down seems like it would only hasten the process. Plus, now that Netflix streaming has lost the Stars deal, it's looking like less & less of a good deal.

They've got to figure out a licensing deal to stream top new releases on day 1 if they ever hope to kill off the DVD business.

I saw somewhere that somebody recommended they use "Quixter" instead of "Quikster", since there's a "X" in "Netflix". But regardless... the "whatever...ster" name is a bad choice, like you said.

Well, before the change, I was able to plan my DVD and streaming queue in one place.

I downgraded as well after the price hike warning, but now I think I'm just going to cancel altogether. I understand that media companies are starting to charge more for content, but hey - Customers now have tasted the "low-flat-fee" streaming service - And that is what customers want.

Netflix is so boneheaded. The moment they redesigned the site to emphasize instant, and changed prices for plans, they alienated tons of customers. They were a great service when the customer could take advantage of a hybrid of choice - some movies you needed to wait for, some you could watch instantly. They simply don't have enough instant choices in their library to be a good "instant-only" product.

I used to recommend Netflix to everyone
I hated Blockbuster, high rentals. Absolutely not willing to work with customers; had three
movies stolen and they insisted on retail price for replacements...gr-r-r-r.
Netflix was great, but now they ignore the customers wishes and institute a program that (they think) will improve their bottom line.
What happened to service to the benefit of the customer?
It will be good to watch their stock plummet. Am I alienated? guess.

Seems Netflix has come to their senses. They just announced that they will no longer be going ahead with Qwikster, and that DVDs and streaming will remain at Netflix as always. Too bad I already cancelled my DVD portion. Now maybe they'll start asking their customers before making and more major boneheaded decisions.

For Dish customers Blockbuster offers a streaming and disc rental service called Blockbuster@Home! My Dish coworker told me that it's cheaper than Netflix or any other movie provider. I can stream thousands of new releases to my TV and PC, and rent one disc at a time by mail. I have over a 100,000 titles to choose from by mail and this includes games, movies, TV shows and blu-rays. Blockbuster even gets new releases 28 days before Netflix and Redbox does. I don't have to move off the couch at all to have a family movie night.